You Are Here: New 3D Printer For Rapid Prototyping

The IEM has added a Formlabs stereolithography (SLA) 3D printer to its laboratory equipment. The model Form2 has a build volume of 145 mm x 145 mm x 175 mm. A layer thickness between 25 and 300 micrometer can be realized in dependency of the used resin. 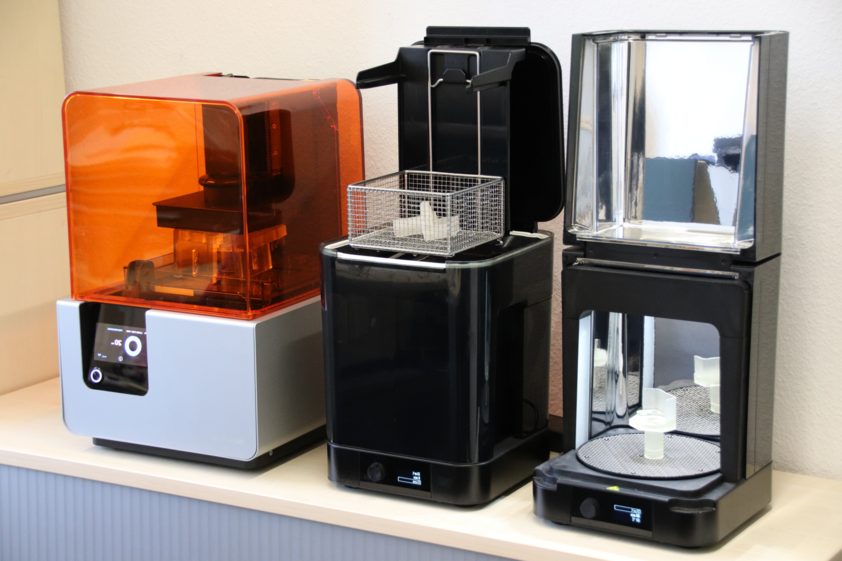 The user can select between different resins from design, over high temperature up to flexible materials. The combination of the 3D-Printer with the Form Wash and the Form Cure, enable an efficient curing and a washing process of the printed samples.

As an example, a 3D-printed stator lamination substitute model was realized for a preliminary winding test. The results of the test were directly used in an early state of the mechanical design process. The winding process was validated and the needed size of the end winding was determined. The maturity level of the final prototype was increased. Another exemplary field of application are components of prototype motors. The 3D-printing technology can be used, where requirements of milling and drilling processes limit complexity of prototype parts or lead to high efforts due to necessary additional tools or clamping fixtures.